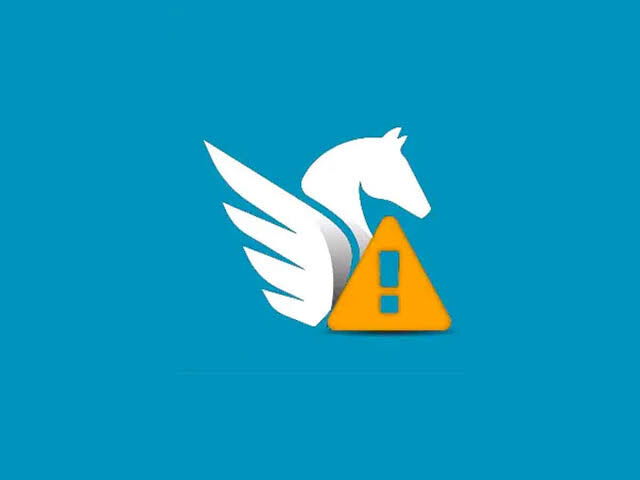 When the Pegasus spyware story hogged media headlines in India, Western Europe and US, not many analysts would have had an inkling of possible existence of a larger plot behind this exercise.

On the face of it, Pegasus is a wonderful piece of investigation by enterprising journalists that collaborated with civil society to look into deployment or misuse of effective proprietary software by sovereign governments to deal decisively with their inconvenient opposition, journalists and activists.

At least in Indian context, Pegasus spyware related stories splashed all over during the last ten days point to a pattern and design. Even the timing seems carefully chosen by actors that are yet to come upfront into the open.

Disruption of Parliament proceedings in the last ten days and announcement of a probe by Trinamool Congress leader Mamta Banerjee on Pegasus is a pointer to deeper nexus between some Indian opposition parties and those behind the purported expose.

Are some of the anti- India forces involved in the now infamous Pegasus spyware 'snoop-gate' scandal to corner the Modi government? Who are they and what do they seek to derive from the Pegasus investigation? Is it to malign Indian democratic institutions and target the democratically elected Modi government?

Or, malign brand India and even derail the famed India growth story that's facing challenges in the recovery path after having been impacted the last two years during the Covid-19 pandemic? Several analysts may not even consider these questions relevant to the on-going media trial of the Modi government. But, there are no ready answers to these queries.

Consider the flip-flops by organizations like Amnesty International on the Modi government resorting to actual spying or just having potential targets in the Pegasus spyware list of over 300 numbers. Till date, none whatsoever have conclusively proved that the Modi government has resorted to snooping around barring the circumstantial pointers.

Amnesty, which faced serious probe for financial irregularities in India was bound to be a gleeful and obvious partner in the Pegasus probe. Amnesty's anti-Modi and anti-India antecedents need no amplification especially after the human rights outfit was probed for questionable financial transactions and CBI raids on its offices in Bengaluru and Delhi way back in 2019. Violation of Foreign Contribution (Regulation) Act of 2010 and routing funds as foreign direct investment are the two sticky charges against Amnesty in India.

Another partner in the purported Pegasus spyware probe is Paris-based Forbidden Stories, a George Soros funded organization through Open Society Foundation. This is not the first time that Forbidden Stories, an online media platform known for dubious and unproven stories, has taken an anti-India stand. Through an article by Cecile Schilis Gallego in 2019, Forbidden Stories depicted India as a 'breeding ground for illegal activities'.

Intention, backdrop and the context to the controversial Pegasus spyware linked probe is again significant given the media organizations that partnered Amnesty and Forbidden Stories to support the charges of 'snooping around' by the Modi government.

Opposition parties seem to have been waiting in the wings to jump in and corner the Modi government, score some brownie points and create media buzz. 'Dirty tricks' departments of several political parties and known Modi baiters also seem to have pulled themselves in, to broaden the Pegasus campaign that's on the verge of turning out to be bogus.

Though Pegasus investigation is being billed as top-end journalistic expose, whatever has appeared till now does not add any body mass to what was reported way back in 2019 leading to a WhatsApp petition against NSO group.

In fact, the Pegasus investigation has conveniently and by design swept under the carpet yet another major global cyber-attack reportedly launched by President Xi Jinping-ruled deep state apparatus in China. Till now, whatever has come into public domain, a state-sponsored cyber-security firm Hafnium was used to attack Microsoft Exchange in US, UK, the European Union and NATO.

The all-powerful People's Liberation Army and the military commission headed by President Xi Jinping have been accused of undertaking this operation. The gangs of cyber attackers hired by the PLA – Military Commission seem to have targeted over 30,000 organizations leading to compromise of corporate and security establishment secrets internationally. Defence and navy contractors also seem to have been targeted in Europe without let-up in the UK as well.

Given the kind of operation undertaken by Hafnium – PLA, Pegasus row looks Lilliputian. But, the Pegasus high decibel campaign internationally seems to have been intended to sweep the extremist streak of Xi regime under the carpet. East European and North Korean hackers seem to have also been roped in by PLA to maximise the adverse impact on open democratic western economies especially in terms of intellectual property, deploying countermeasures as well as firewalling the systems that have been breached.

Pegasus campaign also has submerged several other top-end global stories. For instance, Reuters had reported that genomic sequencing data from millions of women globally is being amassed by Chinese military through Shenzen-based BGI group that is conducting pre-natal tests on pregnant women internationally.

Non-invasive Fatal TrisomY Diagnostic tests have reportedly been used by BGI to collect genomic data from about 8.4 million women from 52 countries including India. This data, as per a detailed report filed by Reuters has been stored in Chinese national gene bank and later used by Peoples'Liberation Army to uncover health conditions and human traits globally through artificial intelligence.

In the Pegasus din, have the Indian media outlets even taken cognizance of such investigations having long term implications for the entire humanity? The massive genomic data being amassed by China apparently would give it a leg up on the economic and military front vis-à-vis global powers.

Well, do we hear anything from responsible media platforms on these issues?

Author is honorary fellow with Delhi-based think-tank, Centre for Integrated and Holistic Studies