Oh God ! Save the monopoly ! 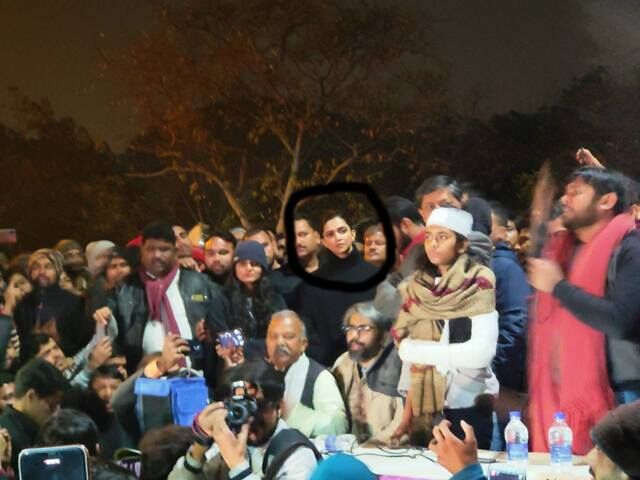 Today, just like Deepika's character I feel betrayed by the selective Narrative set by Ranveer's character in all my friends.

Today, no matter what happens in this country there is only one community which is being targetted and I dare to ask why?

If my heart cries for the JNU president, why didn't someone else dared to ask what happened to those 15 ABVP members in the hospital?

If I believe in the accounts given about the incidents by the students of the campus, why then the information provided by the professor of the college on Facebook called a biased perspective?

If I shout the violence in JNU was wrong, why didn't someone come up to say students disrupting registration process was unethical?

If my sympathies are with Rohit Vemula from Hyderabad, why didn't there was a Facebook posts flood when Makhanlal was bleeding in the name of casteism?

Why the screenshots shared by one wing are true and rest is just fake journalism?

How no one questions the presence of Yogendra Yadav in JNU in like 10 minutes after the incident but dares to connect everything with RSS and BJP?

Why and how within one night students across the country who have no clue about the situation in JNU gathers in solidarity with JNU and no one questions such immediate reactions but has the courage to question how BJP is using the nankana saheb attack to divert attention from CAA protests?

Where were these people when servers were broken? when students were dined their right to study?

Mumbai protests in the solidarity with JNU but flashes Free Kashmir posters and no one, literally no one questions it. I ask why?

Because democracy is alive until you get to choose the topics of discussion?

Recently, I was having a conversation with one of my friend who was leading a protest at his university. He told me why were they protesting, what was the issue etc. What came as shock to me was how the reactions multiple as soon as cameras are on. He told me that when media gathered, I asked my fellow friends to start crying and to fake asthma attacks. He told me how one of the students tore his shirt down and pretended to be beaten up by faculties when the camera was on him.

Just because someone cried on a TV screen doesn't prove that he is right and the rest of people are not.

It boils my blood to see my name targeted in any violence that takes place in this country but I keep shut. I keep shut because if I will speak, I will be called communal or a Bhakt but if the tables were turned speaking out Muslim not being a terrorist would have been secular.

I wonder if Karan Johar would be interested to a make movie called, 'i am a Hindu, not a terror company.'

Budding Writer Passed out from IIMC